Ghost Peppers or Red Naga: Where the Ghost Pepper is From and Why It’s so Hot.

My son made me grow them. He has plans. I did warn him there would be no weaponizing of the Ghost Peppers. Merely harvesting them was scary enough. For the time being they are safely ensconced in my freezer. Along with these chilies- bought the seedlings from a corner vendor:

All he could say was~ “Chilies Diablo. Muy caliente.” So far I’ve harvested two quart bags and I’ve got at least another couple quarts still ripening on the plants. I too have plans!

I’ve very excited about this! Chrismukkah presents for all!

I’ve had a little time on my hands and a little produce left over from last year. Finally got around to dealing with it.

I added this year’s quince harvest to last year’s harvest (freezer) and made two pints of quince jam. The stuff is like gold! A gallon of quinces made a measly two pints. 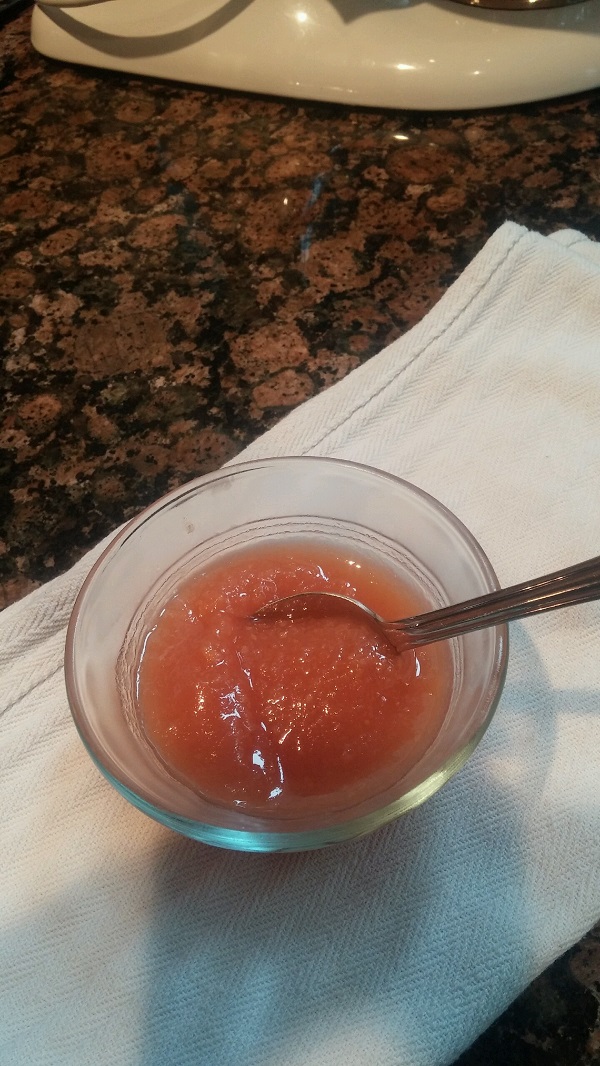 I also dried my drunken figs. Yes, drunken. They’ve been soaking in rum for a year, I’ll have you know! I dried them with my new food dehydrator.

These are killer, man. Each one is like a shot of rum.

I thought I’d give a shout out to Jake- He treed a mountain lion last week. Dang! The thing was yowling at him like a kazoo! Jake went insane chasing the lion across the yard. It managed to scramble up into one of our redwoods. Seriously, the yowling sounded like a kazoo. My son said, “Mom, I don’t think there are any wild kazoos marauding around Napa.” Took me a long time to get the dog back in so the lion could be on his/her merry way. Hey, I don’t care about mountain lions. They snag the vicious marauding raccoons, so… (And yeah, it’s always me who has to go out and retrieve the dog. Oscar can sleep through an earthquake.)

Speaking of raccoons– Another shout out to my goldfish. Our little pond is a good example of survival of the fittest. This tough guy is two years old! He’s outlasted twelve other goldfish, all of whom have been eaten by raccoons and egrets. He’s super smart. Has a good hiding place. Only comes out for me even though I’ve never fed him. Occasionally I pull out some of the algae, otherwise the pond is a nice little ecosystem. Provides him with all the food he requires. 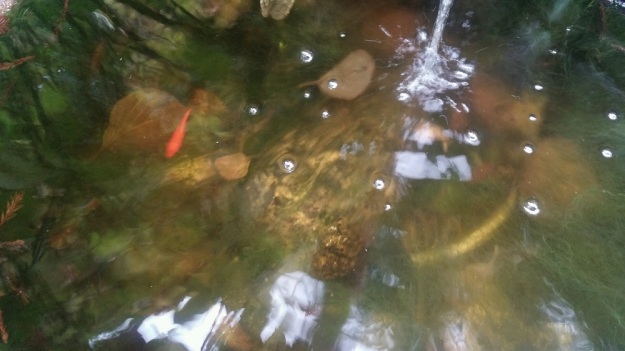 His name is Fishy-Fishy. If anyone has a better suggestion I’m sure he won’t mind.

Still recovering. More on that at a later time.

That’s about it for now. Peace out.

16 thoughts on “Dear Tom, my son promised he wouldn’t weaponize the ghost peppers.”